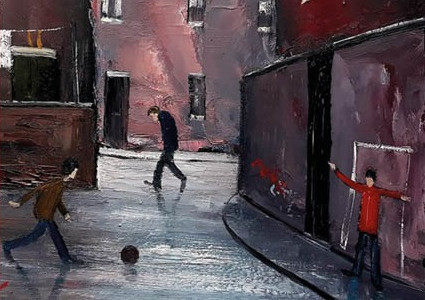 Joe Williams is an award-winning writer and performing poet from Leeds. He tells tales about lost love, people in pubs, and the best ways to insult footballers in Spanish. His latest book, The Taking Part, published by Maytree Press in 2021, is a short collection of poems on the theme of sport and games. His previous book publications are the critically acclaimed pamphlet This is Virus, composed of erasure poems made from Boris Johnson’s lockdown letter to the UK; the verse novella An Otley Run, which was shortlisted for a Saboteur Award; and his debut poetry pamphlet Killing the Piano.

His poems and short stories have been included in numerous anthologies, in magazines online and in print, and broadcast on BBC Radio. He won the Open Mic Competition at Ilkley Literature Festival in 2017, and is the founder and host of Words on the Wall in Hexham.

Despite all of that, he is probably most widely read thanks to his contributions to Viz.